Just a short update to close out 2016. I have freshened up the list a little bit and I received a Holly Binder for Christmas (see below for further explanation) that is going to help me stay on pace a little better this year.

#56 read Appetite for Life: The Biography of Julia Child by Noel Riley Fitch 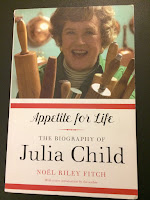 Julia Child was really such a fascinating woman. I knew about her some from having watched her show, as well as a little more background info I learned from Julie & Julia. But there were so many fascinating facets to her life that I hadn't realized, especially her time working overseas for the government. It is also remarkable the amount of time and attention to detail that went into writing her cookbooks. For the first one, she spent over a decade making French recipes workable for an American audience by constantly testing and reworking them. She would spend a month on just one recipe making sure that it worked with the ingredients that were available to the American public. While this biography is long and detailed (the author lists everyone who was at every dinner party they ever hosted), it's so fascinating to have such a clear look at what her life was like. Her husband Paul wrote a letter to his twin brother every day and Julia corresponded by mail about her recipes, so there is so much personal information that has been preserved. 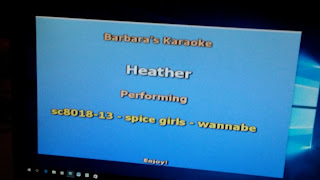 This was actually a really fun night with a group of women from church. We went to Harmony Winery in Fishers, where they have karaoke nights. It was hilarious making friends with the regulars and seeing how excited they were for new talent to join in...which I sort of did. I do not karaoke. But I agreed to go up if our entire group participated and I could stand in the back nowhere near the microphone. We did a pretty amazing performance of Spice Girls!

#151 dress up for Halloween 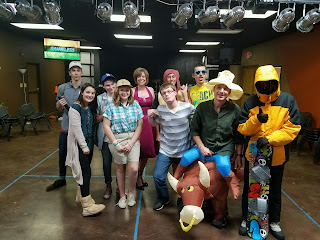 I may only get partial credit for this attempt at our youth group party, but I also halfway dressed up at karaoke night as Andrew Luck (wearing his jersey and carrying a flip phone). This is high school Heather. Only partial credit because I don't still own my character shoes and I didn't get a long-haired wig. But I do get props for still being able to fit into my high school choir dress and sporting the matching rhinestone earrings and fuchsia dance briefs (not shown). I lasted about half an hour and played a few rounds of four square before I could no longer breathe and had to change clothes. 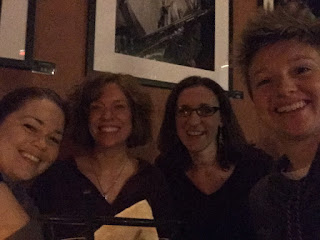 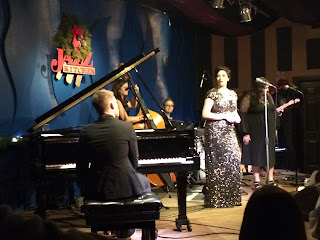 I had lots of fun having a night out with these girls. We went to the Jazz Kitchen to hear a Christmas show by the amazingly talented Scharbrough/McLaughlin clan. I've known Sarah for a long time after we were privileged enough to have her lead worship for quite a few years at our women's retreats, but this is the first time I was finally able to make it to the Jazz Kitchen. They did such a great show and I could seriously listen to Jon play piano all day long. 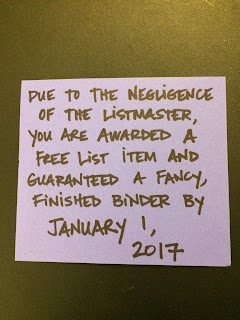 I was awarded a free item as part of my Christmas present from Holly so I'm using it for this one since I'm never going to make it a whole week with only eating cereal. I am now in possession of my fancy, (mostly) finished Holly Binder. She has made these for other people too and she tailors them to your needs. For me, I wanted to focus on exercise, eating better/cooking regularly, and buckling down on my list. So she created a binder that incorporates all of this for me. It comes complete with challenges, sticker charts, and rewards! She's pretty stinking amazing.

I hope you all had a wonderful Christmas and New Year!!