By far my favorite thing about this 300 list is all of the fun I've had with my amazing friends. While I was having my Starbucks day, two of my good friends, Melanie and Jed, were following along with the fun and told me that they wanted to help me cross some things off my list when I went to visit them in San Antonio in April. 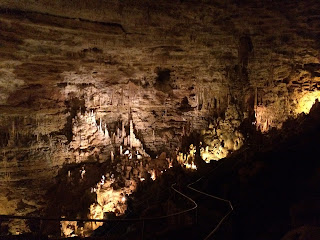 I hadn't been to a cave in so long and I really enjoyed this. We went to the Natural Bridge Caverns and saw some incredible formations. Absolutely beautiful! 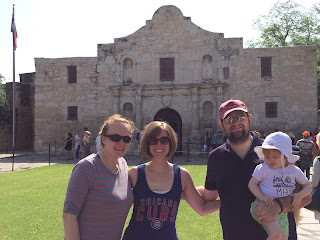 As someone who grew up watching the Davy Crockett movies, the Alamo was a must-see while in San Antonio. Really neat to see his musket & Jim Bowie's knife and to learn more about the history of the events surrounding the Alamo. This is Melanie, one of my good friends who lived on my floor at Taylor. I had such a great time visiting them and hated having to leave. She and her husband Jed are wonderful hosts, but also make you feel like you're part of the family while you're there. Abigail is hilarious, smart, and sweet. And I swear that I love Jed too even if it doesn't look like it in this picture. It's because the stroller was cropped out of the picture. Which leads me to this... 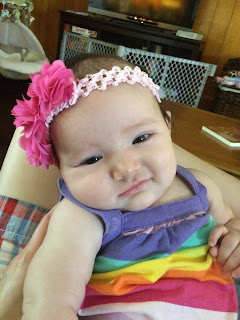 Lillian. Oh my word. Let's be honest- Lillian is really the reason I didn't want to come home. Those cheeks! She is such a happy, cuddly, chubby little angel. I definitely miss all of those hours I spent holding her and having her snuggle into my shoulder. 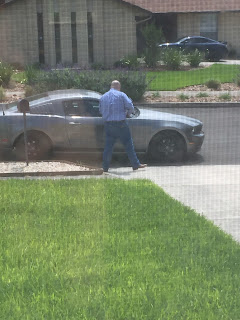 I think for Mel & Jed this may have been less with helping me cross an item off my list and more because they thought it was really funny to set me up on a blind date while I was on vacation. Picture credit goes to Mel who was a total creeper taking pictures out the window as we left. Scott is a co-worker of Jed's who was basically told that he should go on this date because he had nothing better to do on a Sunday afternoon. We went to the Japanese Tea Garden, the San Antonio Zoo, and then out to dinner (it's been 4 months so I forget what the name of the restaurant was). Definitely the most low-pressure date ever due to the circumstances, so we had a fun afternoon.

I Heart San Antonio & the Hefners!!

#45 read The Boys of Summer by Roger Kahn 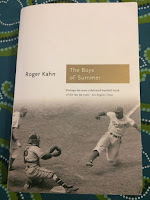 My coworker Jan gave me this book for my birthday after her husband recommended it since he knows I love sports. Roger Kahn grew up as a Brooklyn Dodgers fan and then went on to cover them as a sportwriter during the 1950s. It's such a fascinating look at how baseball was played and managed at that time, as well as a discussion of all of the hardships that black players faced in those early years of integration. In the second half of the book Kahn visits the former players to see where life has taken them since playing for the Dodgers.

I don't read a lot of science fiction, but this was an award-winning book that my sister Holly recommended to me. It takes place at Oxford in the 21st century and involves a young historian named Kivrin who travels back in time to the year 1320. While they are battling a deadly new epidemic in present time, they discover that she was mistakenly sent back to the year 1348 when the Black Death was spreading throughout England. And that's all I'm going to say. : )

#58 read For the Love by Jen Hatmaker 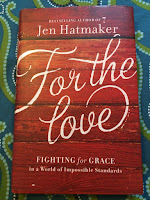 My buddy Liz gave me this book for Christmas and I finally got around to reading it. This was the first book of hers that I've read (no, I don't live under a rock!) and I loved her sense of humor as she discussed God's grace and how it helps us to live well and deal with others in our lives. A few thoughts from her:


"Stop minimizing what you are good at and throw yourself into it with no apologies...You are good at something for a reason. God designed you this way, on purpose. It isn't fake or a fluke or small. These are the mind and heart and hands and voice you've been given, so use them."

"But when we are locked in a toxic relationship or community, spiritual pollution can murder everything tender and Christlike in us; and a watching world doesn't always witness those private kill shots. Unhealthy relationships can destroy our hope, optimism, gentleness. We can lose our heart and lose our way while pouring endless energy into an abyss that has no bottom. There is a time to put redemption in the hands of God and walk away before destroying your spirit with futile diligence. Sometimes the bravest thing is to stop fighting for something that is never going to produce a winner."

"We are not promised a pain free life but are given the tools to survive: God and people. It is enough." 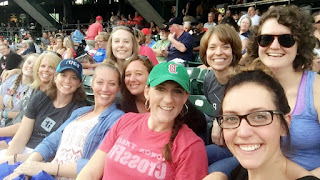 This is a pretty fun group of people. Several people had won tickets from the Cru 100 Holes of Golf event in May so we all went out to a game together. The rain held off, it was a beautiful night, and we won the game in 12 innings! 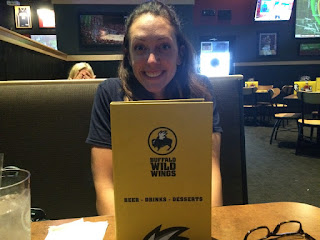 Karen had another pair of Indians tickets that we were going to use. This time the rain did not hold off and it was nasty all day. We did not go to the game- we went and ate some wings instead. But...I'm totally counting it as one of the 10 games since the tickets were purchased and the intent was there. : ) 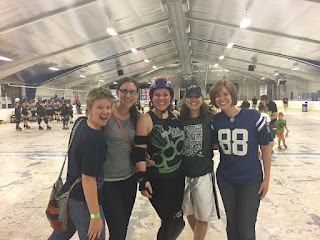 This is Amy Baker aka Lay 'Em Out Lydia. She is a beast. She thought she'd try out roller derby for fun and now she's good enough that she skates with the Circle City Derby Girls. I'm so impressed with her and how she's always willing to experiment with new activities. This was my first time watching a roller derby bout and I now have a working knowledge of the sport so I can mostly follow along with the action. Also, if Holly was richer (and perhaps less injury-prone), I'm pretty sure this would be her sport of choice.

#216 make a scrapbook for Lily 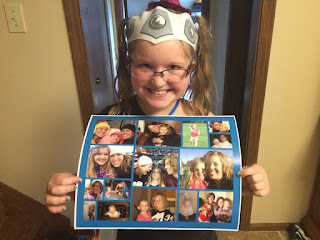 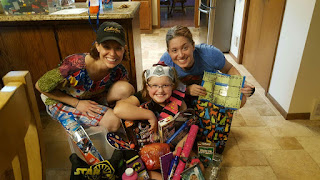 Perhaps another slight stretch to cross this item off my list, but it was approved by the List Master. A poster collage is basically equivalent to a scrapbook for me and it was a bit of a frustrating process to make this actually happen (of course that may be attributed to me trying to get it done last minute). Bean & Lulu are pretty much the best aunts in the world though. We've been promising Lily a scavenger hunt for her last two birthdays and finally got around to doing it. It was a very rainy day today, but we powered through. She completed 9 tasks all over our parents' yard, got tons of prizes along the way, and ended it by digging up her treasure chest filled with all kinds of awesome loot. Lots of superhero and Star Wars things especially! The dress code was "wacky/crazy" and I am indeed wearing a handmade, quilted shirt. It was a lovely gift from two of my former youth, Emily & Amanda Blake, and I definitely don't bust it out frequently enough...especially when pairing it with plaid shorts and argyle socks.

Hope you've all had a wonderful summer!!
Posted by hjwillman at 8:29 PM No comments: