So...things we've learned after I've completed year 2 of this journey:
a)  I am not what you would call a consistent blogger.
b)  Reviewing books is also not a strong suit of mine.
c)  After a lackluster effort to close out 2012, I am still on pace to finish in time. 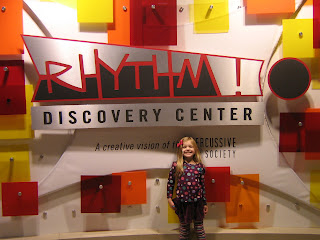 Lily & I had a weekend together at the beginning of December, and one of our outings included going to the Rhythm Discovery Center downtown.  They have a lot of interesting educational information, but most importantly, they have tons of hands-on things for kids to do.  There are giant chimes hanging from the ceiling, xylophones, an 8-foot gong drum, shelves full of percussion instruments, soundproof rooms with drum sets, and much more.  If your kids like to bang, shake, or rattle things, or just make a ton of noise in general, this would be a great outing for them. 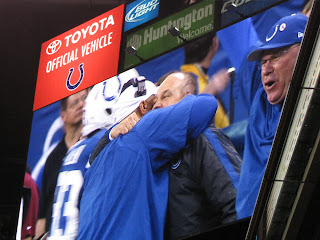 It was a pretty incredible game to be at to wrap up the regular season.  Aside from beating the Texans (always lovely), it was also Chuck Pagano's first game back on the sidelines.  Great moment caught on the big screen as you could see the pure joy & emotion on the sidelines.  Also happy to catch Bruce Arians celebrating in this picture.  He did such a great job this year, and I hope he enjoys his first head coaching job in Arizona.  Bonus moments in the game: Deji Karim's 101 yard kick return for a TD was straight up the middle of the field and finished right in front of us in the end zone.  And the halftime show involved monkeys wearing Colts jerseys & chaps...riding dogs...herding rams.  You cannot make this stuff up.  Go here to see it for yourself.

#80 read My Utmost for His Highest by Oswald Chambers 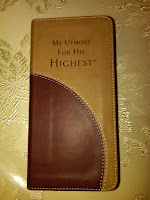 This is a great daily devotional that his wife created from her notes on his sermons and lectures.  So many good takeaways, but here's one I liked that included a reference to the title:


"Not often, but every once in a while, God brings us to a major turning point- a great crossroads in our life.  From that point we either go toward a more and more slow, lazy, and useless Christian life, or we become more and more on fire, giving our utmost for His highest- our best for His glory." 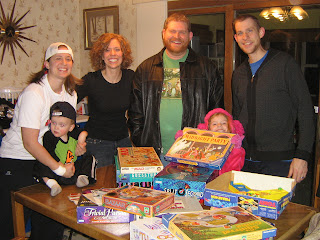 This was a little brutal.  As it turns out, 20 games is a lot to try and play in the course of the day- even with doing modified versions to try and shorten them.  But it was great sibling bonding time and we even convinced Brit to join in for a while.  Next time we will stick to a handful of classics instead of giving ourselves an added stress of trying to rush through a bunch. 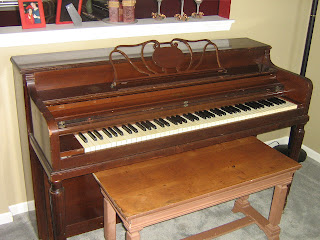 My dad bought this piano for me online as a housewarming present when I moved into my apartment 8+ years ago.  But I was poor at the time and couldn't afford to get it tuned, even though it sounded pretty awful after him driving for hours with it on his trailer.  Then since I rarely played it, it never seemed worth it to me to get it tuned.  It was moved again when I moved into my roommate's house a few years ago, but still it sat untuned...until her fateful Christmas party this year.  Then after several friends of hers that are in a band played it throughout the night, the guilt & shame washed over me and I was finally convinced that it was an embarrassment to me, as well as to my years & years of piano lessons growing up.  Whew.  (Side note: Everyone was right.  It definitely does sound much nicer when I play, especially since several of the keys were broken too.) 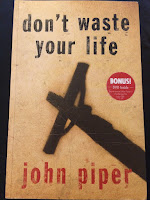 Lots of stuff to chew on in this one, especially for someone who likes her nice, safe, un-risky life.

"Oh, how many lives are wasted by people who believe that the Christian life means simply avoiding badness  and providing for the family.  So there is no adultery, no stealing, no killing, no embezzlement, no fraud- just lots of hard work during the day, and lots of TV and PG-13 videos in the evening (during quality family time), and lots of fun stuff on the weekend- woven around church (mostly).  This is life for millions of people.  Wasted life.  We were created for more, far more."

"To make others glad in God with an everlasting gladness, our lives must show that he is more precious than life...To do this we must make sacrificial life choices rooted in the assurance that magnifying Christ through generosity and mercy is more satisfying than selfishness.  If we walk away from risk to keep ourselves safe and solvent, we will waste our lives." 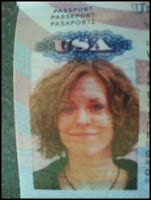 No, I am not getting ready to flee the country.  Yes, it appears I am smirking in my new passport photo.  Apparently I tried to smile really big while keeping my mouth closed.  Awesome. 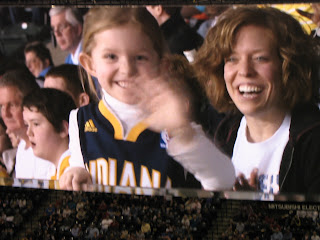 This game was so much fun!!  It was Lily's first Pacers game & she was so proud to be sporting her Big Roy jersey.  She had a blast and was very entertaining for the people around us.  Her shining moment came after the 1st quarter when she made it onto the big screen.  They kept her on so long that she started blowing kisses.  To see more about her big adventure, go here.

#48 read Through Gates of Splendor by Elisabeth Elliot 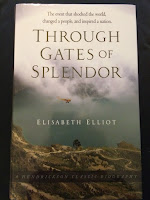 Yet another convicting book to read.  To hear about these missionaries' passion and servant hearts was just incredible.  To them, nothing was more heartbreaking than knowing that there were people in such remote places that they had never had the opportunity to hear about God in their own language.  Their devotion to spreading His Word despite the risks they knew they were taking, and which ultimately led to five of their deaths, is truly awe-inspiring.  It was an honest, heartfelt account of the struggles they dealt with, the shortcomings they felt, and how the survivors continued to minister to the Aucas.


"...may we who know Christ hear the cry of the damned as they hurtle headlong into the Christless night without ever a chance.  May we be moved with compassion as our Lord was.  May we shed tears of repentance for these we have failed to bring out of the darkness.  Beyond the smiling scenes of Bethlehem may we see the crushing agony of Golgotha.  May God give us a new vision of His will concerning the lost and our responsibility." 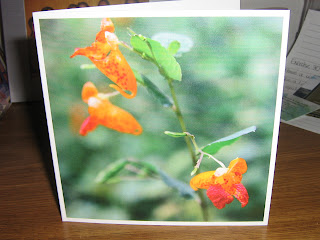 My art was photography that I bought in greeting card form.  One of my former youth kids was selling his photography to raise money for a trip to Nigeria.  He went there as a photojournalist for Global Hope Network to photograph their mission work.  Check out his work. 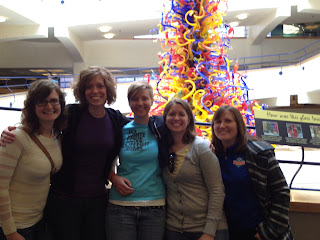 I hadn't been to the Children's Museum since I was a kid, and while it definitely would be more fun with kids along, we managed to find enough to keep ourselves entertained.  I went with Holly & my friends Kim, Ashleyne, & Kristen as a post-birthday celebration.  Highlights included playing some old-school video games, an epic battle of Jenga, seeing Christian Bale's Batman suit, Holly & Kim almost getting in a fistfight voting for their favorite superheroes, all kinds of cool geckos, and trying to avoid the crazy girl dressed as The Constructionator.

So as I finish my 2nd year, I will once again say that I will attempt to make a better effort to do some fun & exciting things before I update again.  : )