My 30th year was definitely a busy one as I crossed off 45 things on my list.  I guess that means I can slack off for the first half of my 31st year then!!  Seriously though, it's been a blast having people participating in my list and giving me new ideas to add.  Here's what rounded out the first year and here's to another great year! 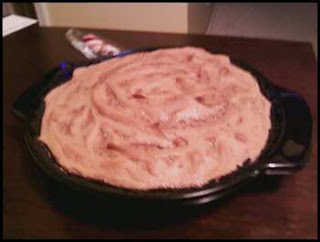 My friend Ashleyne requested that she participate in eating the pie, so she and her roommate Kristen were the recipients of my Double-Chocolate Meringue Pie.  It took a long time to make and it was late at night, so I got a little lazy with my meringue.  By the time we ate it the next day it definitely tasted better than it looked.  A crust made with Oreos, a chocolate ganache layer, and a cocoa meringue...which after it was cut basically looked like a pile of sludge.  So that is why I'm posting the picture of pre-cut pie. 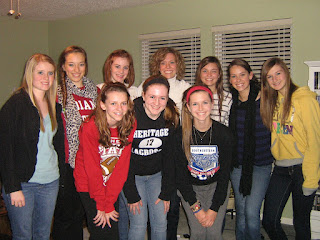 In January I started up a group with 9 sophomore girls from church.  My snail mail I sent was a letter to all of their parents sharing my heart for these girls.  I'm really excited about the opportunity to meet with them on a consistent basis- serving together, talking through life, and just having fun.  A good looking group of girls if I do say so myself. 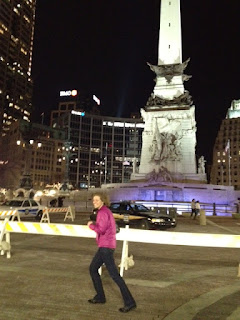 Yeah...such a natural, unplanned action shot.  Haha this one kind of happened by accident actually.  My roomie and I were downtown for the NFL Experience during Super Bowl week so we thought we'd get an easy one crossed off my list. 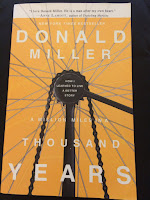 Great book that we read this semester with our high school girls' group.  Donald Miller talks about the elements of a story and how to live a better story.  As part of the semester with the girls, the leaders all shared their stories, then the girls shared theirs in small groups.  It was definitely a great process to be able to look back and see how God has worked in each of our lives and how He is using our different experiences to shape who we are and who we are becoming.  Now the goal is to continue to live a bold, adventurous, meaningful story for Him. 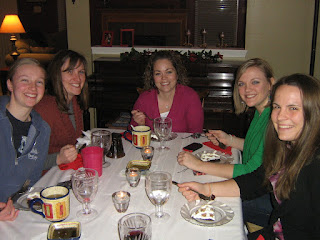 No better time to cook a dinner for 6 than to celebrate some of my single friends on Valentine's Day!  I had Creamy Chicken Casserole, Caesar salad, Raspberry Shimmer, bread with dipping oils, Decadent Chocolate-Hazelnut Torte, and little bags of chocolates for them.  We may have eaten way too much. 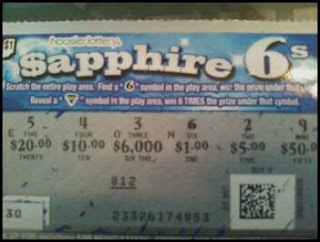 I went up to Marion to hang out with Holly and her housemates, and we decided to find something to do off my list.  Since there were no craft fairs nearby and we weren't able to find me the right hat, we found something nice and easy to do instead.  And apparently it was my lucky day because I won my dollar back. Woohoo!  Thus ends my career as a gambler. 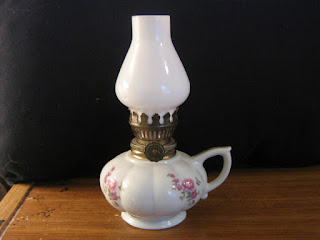 The last time I hung out with Emily & Amanda Blake (former & current youth group girls) they gave me a tour of Pendleton.  This time we scheduled a trip back to Pendleton to do some antiquing.  Treasures Old & New had a rather wide variety of items- some that would definitely qualify as antiques and some slightly less so...although I guess Barney could count since he's a dinosaur.  We made friends with the owner and I had her pick out some possible things around $5 that could count as something "antique-y".  So I ended up with a cute little oil wick lamp, although I haven't actually lit it yet. 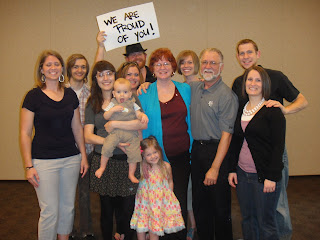 My dad retired last month and the 5 Willman children threw him a surprise retirement party.  Although he had a hunch that something was happening, he was surprised by some of the family and friends that were able to make it.  We also had a really neat video made that had notes from his first & last bosses, his cousin out in New York, and videos from extended family in California & our Slovakian exchange student we hosted back in 1992.  I'm so proud of him and if anyone deserves an early retirement, it's him.  He's already exhausted by how busy his first month of retirement has been.  : )  My lovely family- with apologies to Holly for using a picture where her eyes are closed. 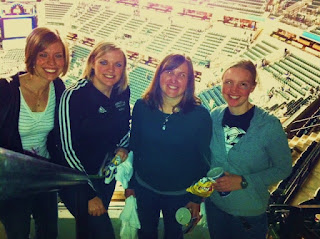 Even though they played a crappy game, it was great to finally get to a Pacers game this season, especially with good friends.  It was a Lucas Oil Family Night so for about $20 we got a ticket to the game, t-shirt, hot dog, chips, and drink.  Hooray for cheap entertainment.  They are a lot of fun to watch this year and it's great to have them back to playing  real Pacers basketball again. 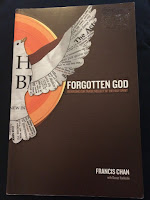 My 6:30am (ouch) Monday morning women's group has been reading this book for the last few months or so...we tend to take our time and meander through books at whatever pace we feel like, so I don't really remember when we started it.  Francis Chan writes about the Holy Spirit- who He is, recognizing His presence in us, and discerning how we can daily be in step with the Spirit.  While some of the information was more basic and foundational, I found it to be extremely insightful and he made me realize that I really do not focus enough on the Spirit's role and leading in my life. 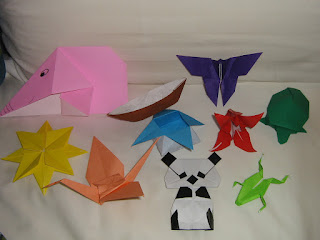 This actually was started on the night of our Valentine's dinner because it was too late and dark to go to climb a water tower or a silo.  Sarah provided the origami paper and the rest is history.  Behold my collection: elephant, 8 point star, crane, boat, box, panda, butterfly, tulip, frog, turtle.


And with that dramatic finish, the first year is finished.  A special shout-out to one of my high school girls, Maggie, for her creative suggestions to add to my list.  And just for her, I added "eat corn on the cob without using my hands" to the list.  Feel free to continue to throw your ideas into the hat.