I thought I'd wait to update since I hadn't done very many things after a month, but suddenly it's been almost 3 months since I updated.  So here's the latest on my journey:

#171 go hunting
I bought myself a small game hunting license and went squirrel hunting with Travis a couple of times.  We didn't see much of anything either time, but it was fun hanging out with him.  I discovered that hunting isn't all that exciting when you don't even get a shot off, so I shot a tree the second time out.  : ) 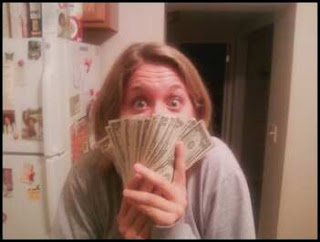 I was going to make a care package for Holly's semester at school, but instead created a treasure hunt for her in her room.  I got her housemates in on the plan so that they hid a key for me to get in their house and hide 36 $1 bills all over Holly's room.  I didn't make it super hard for her to find them and I gave her hints on where they were, but it was so entertaining to see her tearing apart her room for half an hour trying to find all of them.

#293 pay for the person behind me at a drive-thru 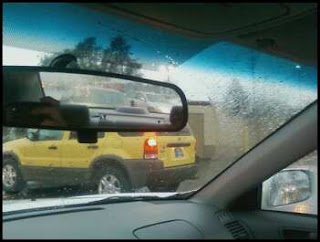 This was one of my favorite things that I've done so far.  It was a rainy, crummy night and it brought a smile to the cashier's face that someone would pay for the stranger behind them.  So if this is your car in my rear view mirror, I hope you enjoyed your free McDonalds!

#245 buy a GPS...or an atlas...or a globe
This was definitely a smart purchase on my part since I don't do well with detours or picking the fastest route.  I found a great deal on a really nice 5" Tom Tom GPS on Cyber Monday.  I've done all I can now to prevent getting lost.

#198 see Straight No Chaser in concert 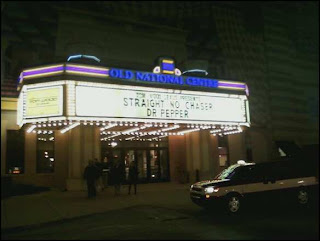 Early birthday present from my roomie!!  These guys seem to have so much fun in their shows and are really entertaining.  Two of them, Ryan Ahlwardt & Mike Luginbill, were high school friends of mine so I enjoyed getting to talk to them afterwards too.  Check the group out HERE.

#59 read A Voice in the Wind by Francine Rivers
#60 read An Echo in the Darkness by Francine Rivers
#61 read As Sure as the Dawn by Francine Rivers
I would recommend reading this Francine Rivers trilogy.  They're quick reads and have a lot of action in them.  They take place during the time of the apostles and follow the lives of a Jewish slave, a rich Roman, and a barbarian gladiator.  She helps to bring characters to life and makes you aware of what life was like at that time in Rome and the surrounding areas, particularly for the new followers of Christ. 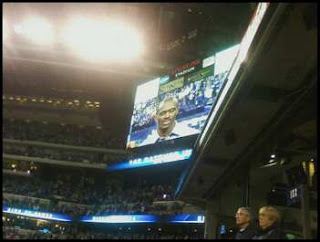 Thanks to my mom, I got to go to 2 games in the last month.  My parents have had season tickets since the Colts came to town and it was very nice of her to let me have her seat to go with my dad.  The Panthers game was one they should have won, but at least I got to be there to see Marvin Harrison get inducted into the team Ring of Honor (not a great picture, but that's him up on one of the screens in the stadium as he was down on the field).  But game two against the Titans was one of the best games that I've been to as they finally got their first win!!  My parents' seats are in the end zone and Donald Brown's 80 yard touchdown run was right up the sideline toward us.  I love my Colts!!!
Posted by hjwillman at 11:57 PM 2 comments: