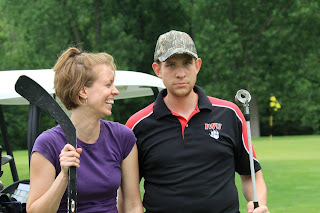 Yes, I am holding a hockey stick at a golf event.  That's normal, right?  I had a blast caddying for Travis at Keynote's annual fundraiser.  Because the Willmans are such overachievers, we actually played 248 holes.  It was a long day, but so much fun getting to spend the day with an awesome group of people and bonding with my baby brother. 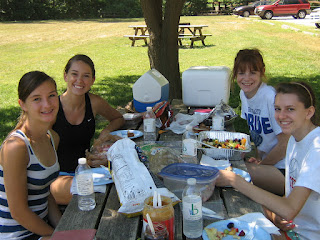 These are some of the lovely ladies (Dasha, Cassidy, Brielle, Rachel) in my girls group.  We enjoyed beautiful weather at Fort Harrison State Park where we toured through the museum, went on a hike (only got slightly lost), and enjoyed a delicious picnic.  Love these girls!!

#165 play in an ultimate frisbee game

Picture pending...
While this wasn't the highest quality game (pick-up with the high school youth group), I chose to use it for the blog since it was a rather interesting evening.  First we watched a squirrel fall from a tree, lay stunned, run back up the tree, fall again, then slowly die.  Then during the game I took a chin directly to the eyeball.  Luckily it was only sore for a week or so and didn't leave me with a black eye like one of the boys received that night. 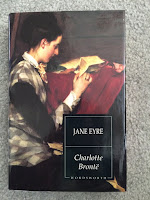 Hooray for vacation and having time to read!  This year I made it through 3 books.  Jane Eyre is one of my roomie's favorite books, and I have to say that I really enjoyed it too.  I had seen the Masterpiece Theatre version, but the book was even more interesting and had a lot more about her childhood and background.

#26 read To Kill a Mockingbird by Harper Lee 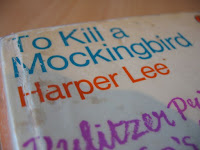 Another classic that did not fail to disappoint.  I will have to be sure to follow up it up with Gregory Peck in the movie now.  Fun fact that I learned: this was the only book she ever had published.  Not a bad record- one book published, one Pulitzer Prize won. 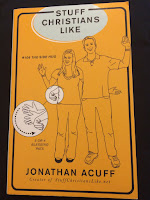 I have to admit that I probably annoyed Sarah & Ashleigh as I sat by the pool constantly giggling as I read this.  He puts a hilarious spin on so many aspects of the Christian life.  I'm a terrible blog follower, but his is one that I should read each day just to start my day off on a great note.  Here's a great one that is hilarious, but so true to life: Surviving Church as a Single 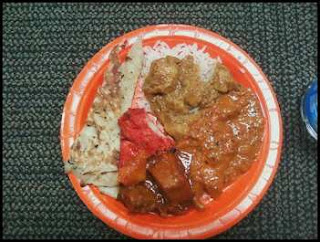 We're doing a series called Cater with the youth group right now, so we're having a different ethnic food each week.  I don't remember what all it was- a couple of kinds of chicken, some lamb- a good mix of curry & spices. 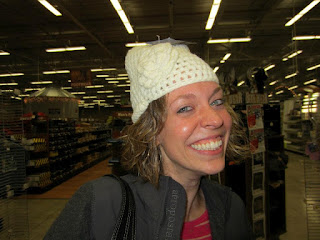 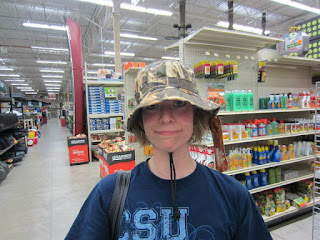 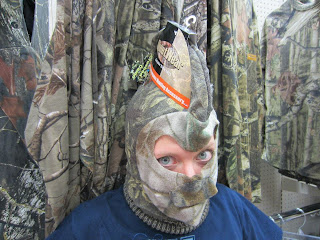 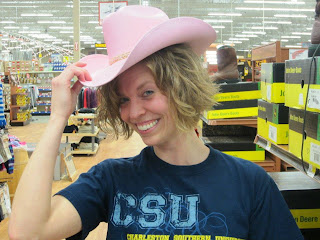 This update is simply to provide entertainment for Holly & her Wigger House girls.  Let it be stated for the record that my love for others trumps my personal dignity.
The search continues...