Wow the titles of my blog posts are sensational, aren't they?  Currently taking suggestions for exciting future titles that keep track of what update I'm on.  Without further ado... 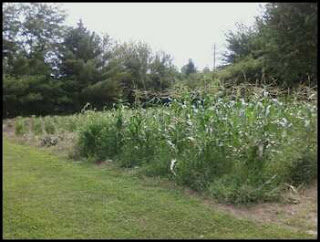 While I can't take credit for the whole thing (and this is less than half of everything planted), I do help my dad with his garden every year.  The man is amazing...multiple kinds of lettuce, tomatoes, peppers, melons, & squash, as well as beets, okra, asparagus, green beans, corn, strawberries, radishes, onions, pumpkins, potatoes, sweet potatoes, and probably other stuff that I've forgotten. 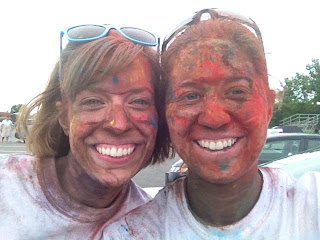 Had a blast bonding with Hols doing this.  We ran the Color in Motion 5K down at the state fairgrounds.  While I had blue boogers for a week, this was a really fun event...even if it did involve running.  : ) 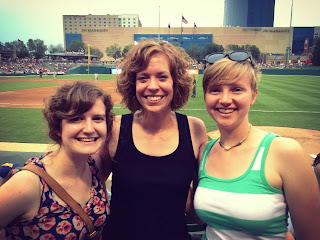 Buddy time with Ashleyne & Kim.  If you aren't friends with them too, you should be.  They are fun. F-U-N fun. 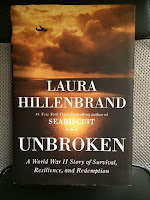 I don't even know how to summarize this book in such a short space.  It's the incredible story of Louis Zamperini and the journey he traveled.  He was a young Olympian in the Berlin Olympics and then became an airman in World War II.  After crashing into the ocean and surviving 47 days at sea in shark-infested waters, he and his one surviving crewmate were captured by the Japanese.  He spent the next two years being severely mistreated in various POW camps.  After reading the devastating statistics about the emotional & physical aftermath dealt with by POWS, as well as their 30x higher suicide rate, it was no surprise that Louis came close to destroying his marriage and family.
But God was not finished with his story yet.  Louis attended (was dragged by his wife to) a Billy Graham tent revival and turned his life over to God as he had pledged to do when he was floating out in the middle of the ocean.  His life transformed, he later went and met with his former Japanese guards in prison, opened Victory Boys Camp for lost boys, and became a motivational speaker.  Such a good book and it really made me more aware and appreciative of all of those who have ever served in the military and the traumatic experiences they have endured. 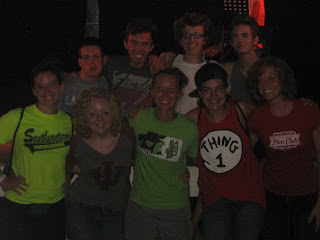 Technically this wasn't on my list before, but it was way better than other things that were on it.  After all, who would have thought I would be going to summer camp for the first time at the age of 32?  It was our first time taking kids down to Woodlands Camp in Cleveland, GA.  Aside from being quite a trek, it was a really great camp and I loved getting to spend time with these 8 kids.  If you really want to experience what camp was like for them, here's a video of their week (Jacob & Ashley were their counselors). 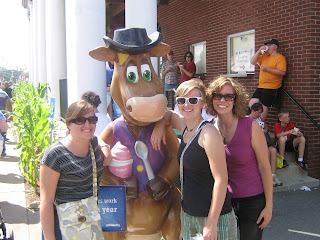 Yes, I have lived in Indiana my whole life.  No, I had never been to the state fair before.  Finally you can all stop harassing me.  It was a big week for me...summer camp and the fair...if I ever get ballet lessons, my childhood will finally be complete.  (Yes, you may roll your eyes at this point, Mom.)  Kristen, Ashleyne, and I had a decent array of fair food, but I know that we can conquer even more next year! 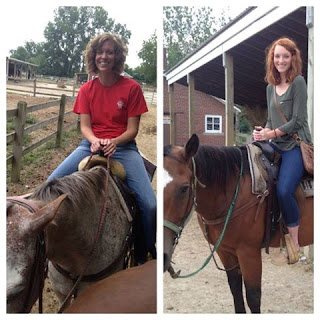 One of my last times with Laekin before she heads off to college.  I love my high school girls and all of the fun times I get to have with them.  We went down to Ft. Benjamin Harrison State Park to ride.  It was really peaceful and quiet in the woods there.  Although it was her first time riding, she was an excellent horsewoman.  And all good outings are made better when they're followed up with a ButterBurger & frozen custard at Culver's. 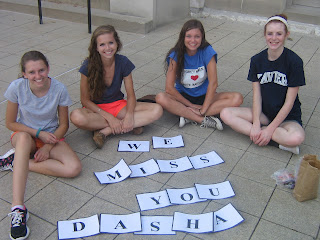 For my first time planning a scavenger hunt, it turned out pretty well.  Some of my senior girls and I headed to downtown Noblesville for some fun & a picnic.  With my lovely assistant Holly, we sent them running around taking lots of pictures & videos and rewarding them with candy & prizes.  Their final task was to solve a word scramble in tribute to our dear Dasha who moved a week ago. 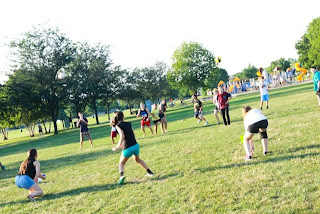 Definitely the first time I've played since junior high or high school.  While I definitely threw like a sissy girl, I caught some balls and never got out.  But most importantly, all of the old people took down the high school kids.  A fitting ending to our last week at the park for the summer.

#180 keep score during a baseball game 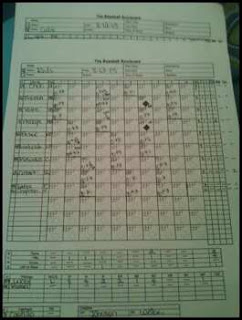 I know this makes me kind of a dork that this is on my list.  But I love sports and I love statistics.  And sometimes you just need something to keep you distracted during a Cubs game.  2-0 game with very few substitutions or crazy plays so it was a pretty easy one for me.  Had to know how to score a wild pitch and a guy thrown out trying to stretch out a single into a double.  That was about it.  No run-downs or anything where I had to really pay attention.

By the way, this next year is looking good in terms of me keeping up on my activities.  My dearest sister Holly has started a new list (be sure to check out her blog...if you're reading mine, there's no way you shouldn't be reading hers), and one of the items on her list is to help me with 31 things on my list during her 31st year.  Woohoo!!
Posted by hjwillman at 10:16 PM