I am a Spartan...sort of

Haha at this rate, I think by the end of my 10 years my updates may be coming about every 6 months or so. My pace seems to continue to slow down, but let's give a big cheer for grace & continuing to plod along! So here's what the last 4ish months have contained: 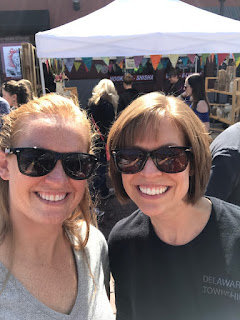 This was a fun little outing with my cousin Jenna while we were up in Michigan. Love spending time with her!

#243 take a risk
My cousin Jillian has started competing in Spartan races (basically big scary obstacle courses with lots of running in between). So this crazy group of siblings and cousins decided to support her and check out what she does by running in a Spartan Sprint with her the day after one of her races. But don't let the name fool you...by "sprint" they still mean 20+ obstacles and 5.5 miles long. I thought it best to train hard in preparation for this so the month before it I ran about half of a 5K. So...yep totally prepared.

As an extra fun bonus, it was at the Michigan Speedway so at one point we climbed to the top of the stadium and back down while carrying a 30 pound sandbag around our necks. Then later we climbed flights of stairs back up to the top and back down. Here are some pictures to give you an idea of what it was like: 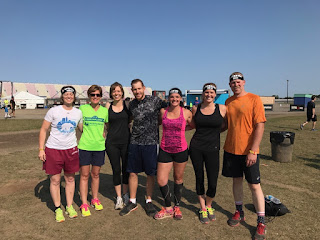 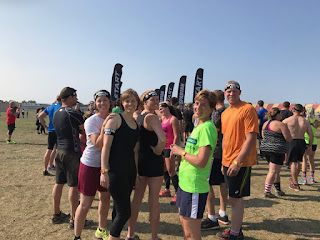 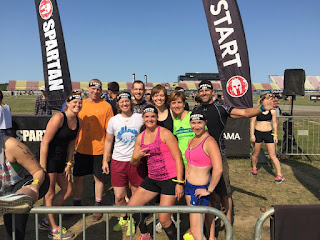 It was really fun that some of Jillian's Spartan buddies joined in with us too. This is Rod, Hannah, and maybe the back of Zach's head in the background. They were great! 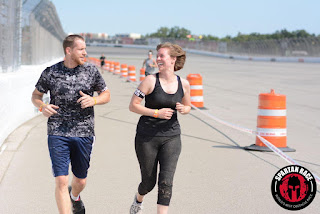 Don't get the idea that I was actually having fun here...I'm pretty sure Travis was just saying something ridiculous. 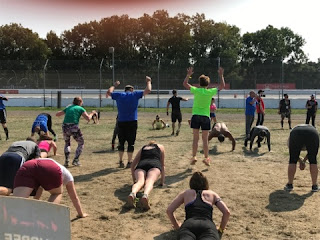 For every obstacle that you didn't complete (some you only got one attempt), you had to do 30 burpees. If you haven't done a burpee before, let me just tell you that they get old in a hurry. I failed 5 of the obstacles: spear throw (I was surprisingly close on my attempt!), rope climb (knew there was no way that was happening), and a few upper body ones. The only one I failed that I felt like I should have done better on was the swinging rings. Luckily, people that completed the obstacles could help you do your burpees so I didn't actually have to do 150. 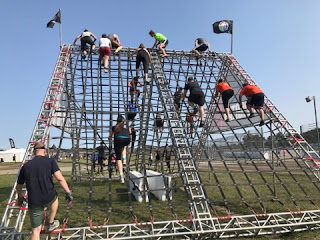 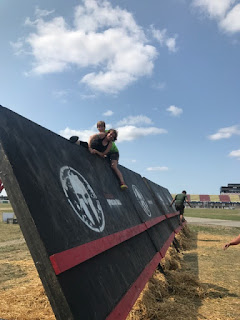 Getting close to the end! We also had a couple of obstacles that required hoisting up or dragging things and those were actually pretty good ones for me. Other obstacles included crawling a long distance under barbed wire, carrying a big bucket full of dirt around a course, and lots of climbing over walls. I had a good streak of bruises up the inside of my right thigh since you can see from the picture that was my wall leg. : ) 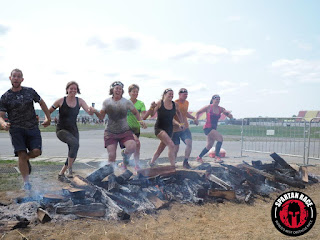 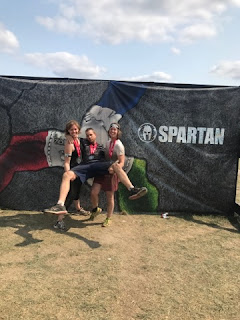 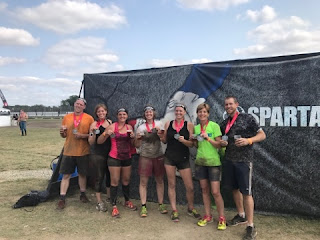 Yay for family!! Overall I would say I was less sore afterwards than I anticipated. It did take me about a week for my calves to completely loosen back up because of all the stairs we did. The stairs were rough on the bad knee, but it mainly held up fine. The only terrible thing that came out of it was that my neck freaked out a couple of days later (I'm sure as a result of carrying the sandbag around it to the top of the stadium and back down) and it took a couple of months for it to get back to normal. 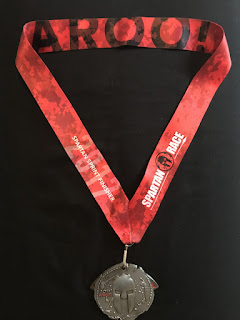 Here's the fancy medal I got for completing the race.

In the end I'm glad that I did something that was so challenging and pushed me outside of my comfort zone. I came away even more impressed by Jillian & her friends and what they're able to accomplish. I've gotten to know some of them a little bit more and they're a really encouraging group of people that push each other and help each other strive for big goals.

I like Dumas a lot and although this book was a bit of a different feel from The Count of Monte Cristo or The Three Musketeers series, I would definitely recommend it. 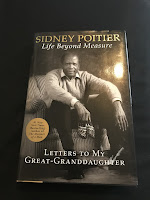 Sidney had a fascinating life and this was an interesting read in the form of letters written to his great-granddaughter Ayele. He wrote a lot about his background growing up poor in the Bahamas, the racial issues he dealt with in America and the film industry, and being a humanitarian. He also talked a lot about his views on spirituality, science, and the world. I felt like some of that started to drag on a bit, but overall I really enjoyed learning more about his life. 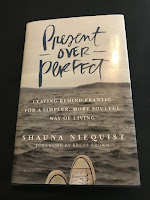 This book was full of constant reminders of the truths I need to listen to from God. And if I'm so concerned with busyness or doing, and not just being with him, it's easy for me to not hear what he's saying.

"Now I know that the best thing I can offer to this world is not my force or energy, but a well-tended spirit, a wise and brave soul."

"What I ache for these days is space, silence, stillness, Sabbath. I want to clear away space and noise and things to do and things to manage. I want less of everything. Less stuff. Less rushing. Less proving and pushing. Less hustle."

"Here's what I know: I thought the doing and busyness would keep me safe. They keep me numb. Which is not the same as safe, which isn't even the greatest thing to aspire to."

"The natural world is so breathtakingly beautiful. People are so weird and awesome and loving and life-giving. Why, then, did I try so hard for so long to get away without feeling or living deeply?" 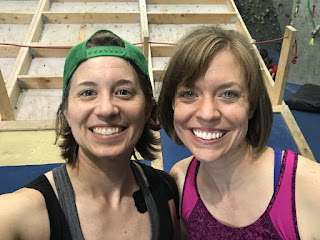 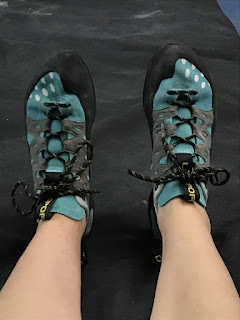 Well I still need to buy new running shoes, but for now I'm crossing this off my list since I bought climbing shoes. Yep, apparently I'm a rock climber now! Holly became a member at Climb Time back in April. I would go hang out with her and then eventually started climbing with her occasionally. It turns out that I really love climbing! Which is amazing since I'm not that great at it and I don't typically love activities that I'm not good at (yes, I realize that's the perfectionist in me, but don't worry, I continue to tell that inner critic to shut up!).

So I became a member in October, bought myself some shoes, and climb 1-2 times a week. Even though I'm not great (apparently lack of flexibility, balance, endurance, and strength doesn't make you a natural climber), I love that I continue to see improvement and even have the chiropractor commenting on the muscle definition that I've never had before. It's a super encouraging environment and the other climbers are a lot of fun.We also love having people come join us to be our climbing buddies!

#277 play Pandemic Legacy for a year 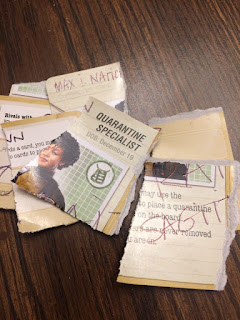 I thought we had taken pictures throughout the year, but this is the only one I could find. Holly and I have really enjoyed playing Pandemic since it's a collaborative game- that tends to make us less competitive and mean. Pandemic Legacy is played over the course of a year with 1-2 games a month. There were advent calendar-looking pages where throughout the game it would have you open them to find new rules to add, or boxes to open with new pieces, etc. so that the game just changes constantly. I was the Quarantine Specialist for several months and then by chance, it turned out that she was a traitor. It was so sad to see her destroyed...did I mention that there's lots of tearing up cards too?? I got season 2 for Christmas this year, so hopefully we will do a better job of saving the world than we did last year.

#209 build something out of wood 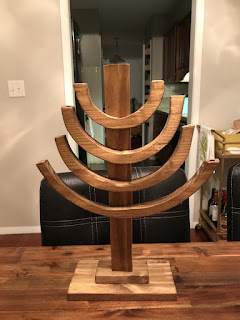 Sometimes it's the spontaneous craft projects that make this list so fun. My friend Ashleyne wanted to make a menorah for her friend Ashley so I was her trusty assistant. As we all know, my crafting abilities are below average so I would say this turned out reasonably well for us. I have a hard time cutting straight lines in wood, so semicircles were a bit of a challenge, as well as drilling holes in tiny pieces of wood for the candles to go in. But yet another fun bonding experience! 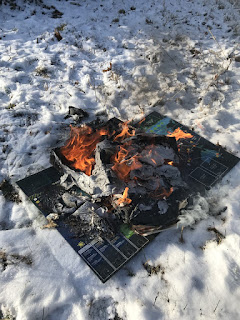 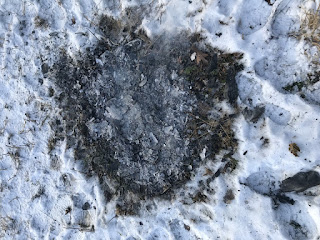 Clearly, the thing to do after enjoying a game for a year is to make it into a Christmas Day bonfire. Despite the fact that it was windy and my father only had matches (seriously, no lighter or lighter fluid anywhere to be found??), I eventually got it going and had a lovely little fire. This may have to become an annual tradition. 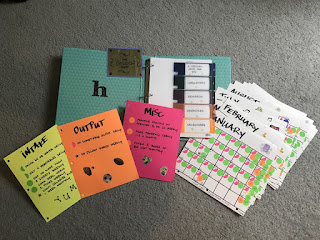 If you need a refresher on what my Holly Binder is, you can look back at the post from last January. I did a pretty good job of following through on my goals for the year and now get to look forward to cashing in on some of the rewards...another freebie to cross off, a meal of my choice cooked by Holly, help crossing other items off my 300 list, etc.

#46 read A Girl and Five Brave Horses by Sonora Carver 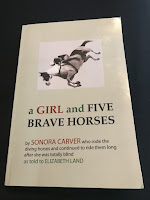 If you've never watched the movie Wild Hearts Can't Be Broken, it is a must-see. We loved it growing up and my sister-in-law Heather gave me this book for Christmas. I still love the movie even after reading this...she later said in life that the only thing true about the movie was that she rode diving horses, went blind, and continued to dive horses. This was an interesting, quick read.

Just a little over three years left and I'm still on pace! As I mentioned in my Facebook post, I have an open suggestion box and would love any new ideas of things you think I should put on my list before my decade is up. And if there's anything you want to be a part of, let me know!
Posted by hjwillman at 5:28 PM