In another blog shocker, I did not get my last update done before the end of the year...partially due to the holidays and partially due to trying to finish up some books off of the list before I updated. 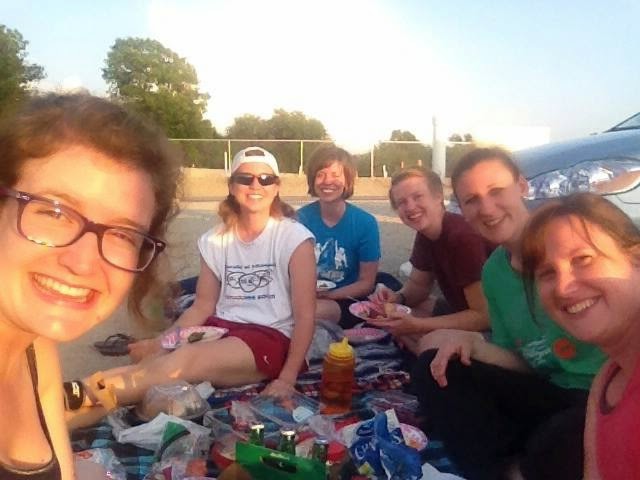 I somehow missed this on the last post. I hadn't been to a drive-in since college, so this was a lot of fun. We had a big picnic and then watched How to Train Your Dragon 2 & X-Men: Days of Future Past. Helpful tips for the future: take your glasses so that you can take out your contacts and have a lot of caffeine so that you're actually awake to see the second movie.

Last of the Jane Austen books on my list and my critique is about the same as the others: liked the book, like all versions of the movie I've seen, and the movies follow pretty closely with the book. Yep, that's all I've got. : )

#292 teach Lily the books of the Bible songs 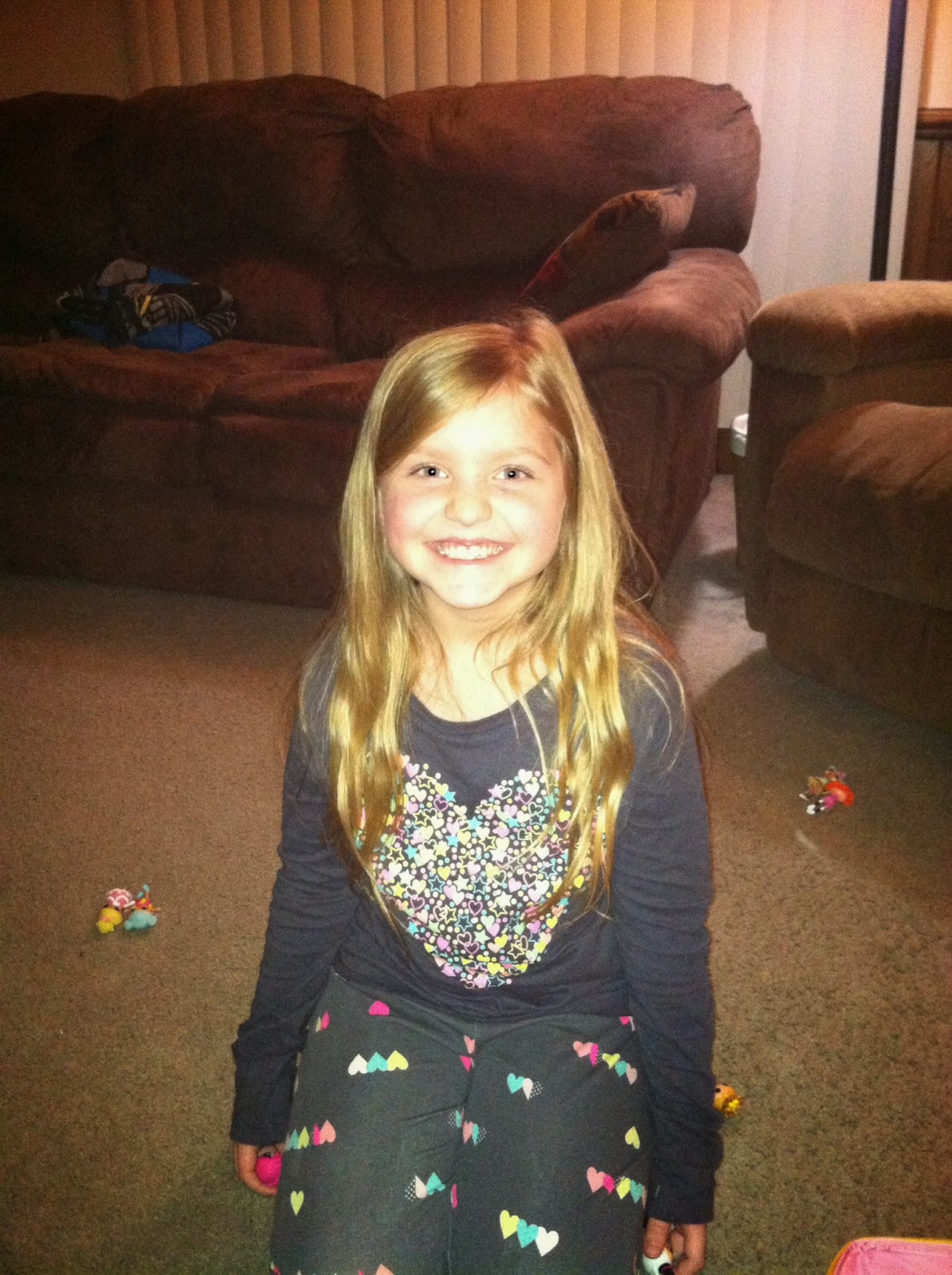 Okay so she's actually known these pretty well since she was about 4, but I never took the time to record her singing them once she had them completely nailed down. Video is here. Smarty pants and adorable! 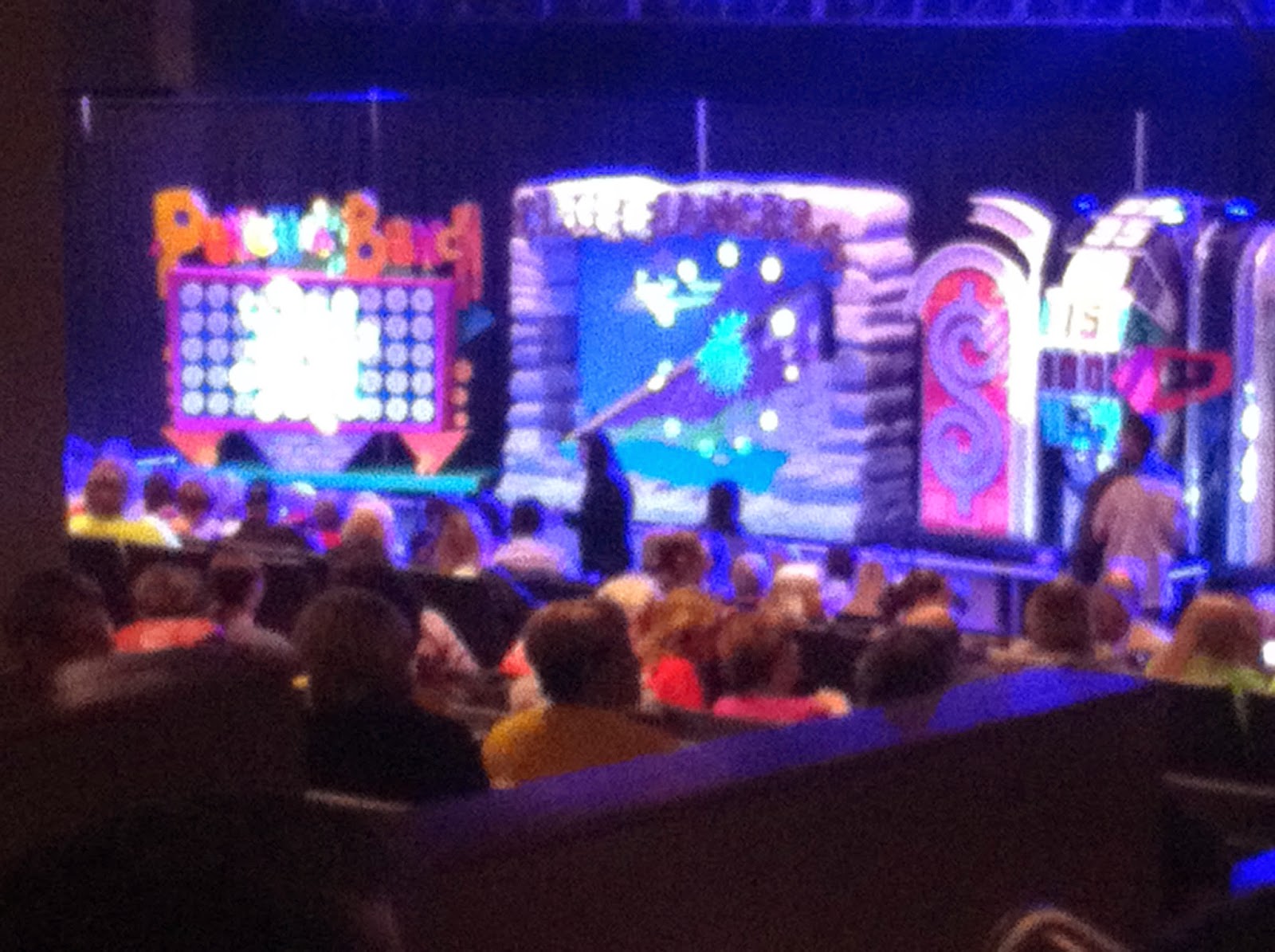 I can honestly say this is one of the more enjoyable things I've done off my list. My buddy Kim and I went to The Price is Right Live Show up at Hoosier Park Casino in Anderson. There was some seriously good people-watching that went on that night. Even though the stage show is a toned-down version of the actual TV version, they still had a lot of the same games & sets, as well as lots of clips from the show over the years, and prize giveaways throughout the night. We knew that we didn't have a good chance on getting to come on down, but it was still exciting to be a part of the audience. The host for the show was George Gray (hosted The Weakest Link after the British lady) who is the MC on the TV show. Sadly, Holly wasn't going to count him as my famous person, otherwise I would have taken the time to meet him instead of him just looking over and smiling for a picture. 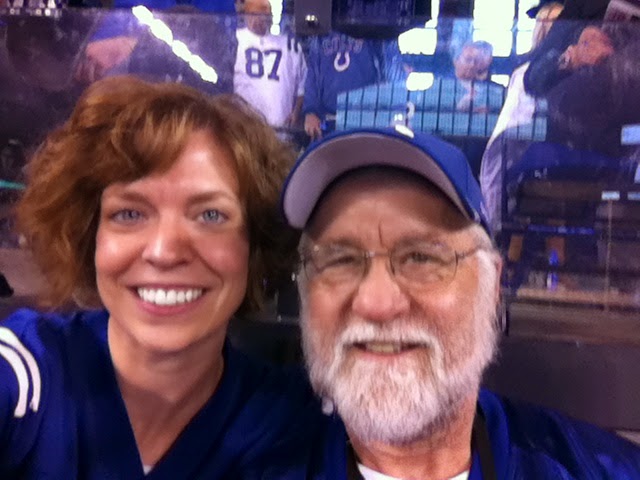 Knocked these out in the first 4 years of the blog, but hopefully there will be many more to go to still. Big thanks to my mom for giving up her ticket, as well as my dad who has made this a great bonding experience for almost my entire life. And of course a big thanks to the Jaguars for being terrible and making the game even more enjoyable. 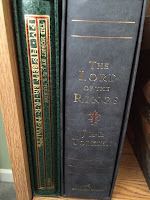 This was a big undertaking, which is why I held off updating for a bit longer. I thought the books were good, but I have to say that in this instance I actually liked the movies better. I found myself reading them and just really wanting to watch the movies because there's so much more action in them. The books did move faster though the farther I got into them. And even though I'm not a huge poetry fan, I attempted to make myself read all (there's so many!) of the poems and songs throughout the books. While the movies definitely took some liberties with characters and storylines, for the most part I thought they added to the overall experience. 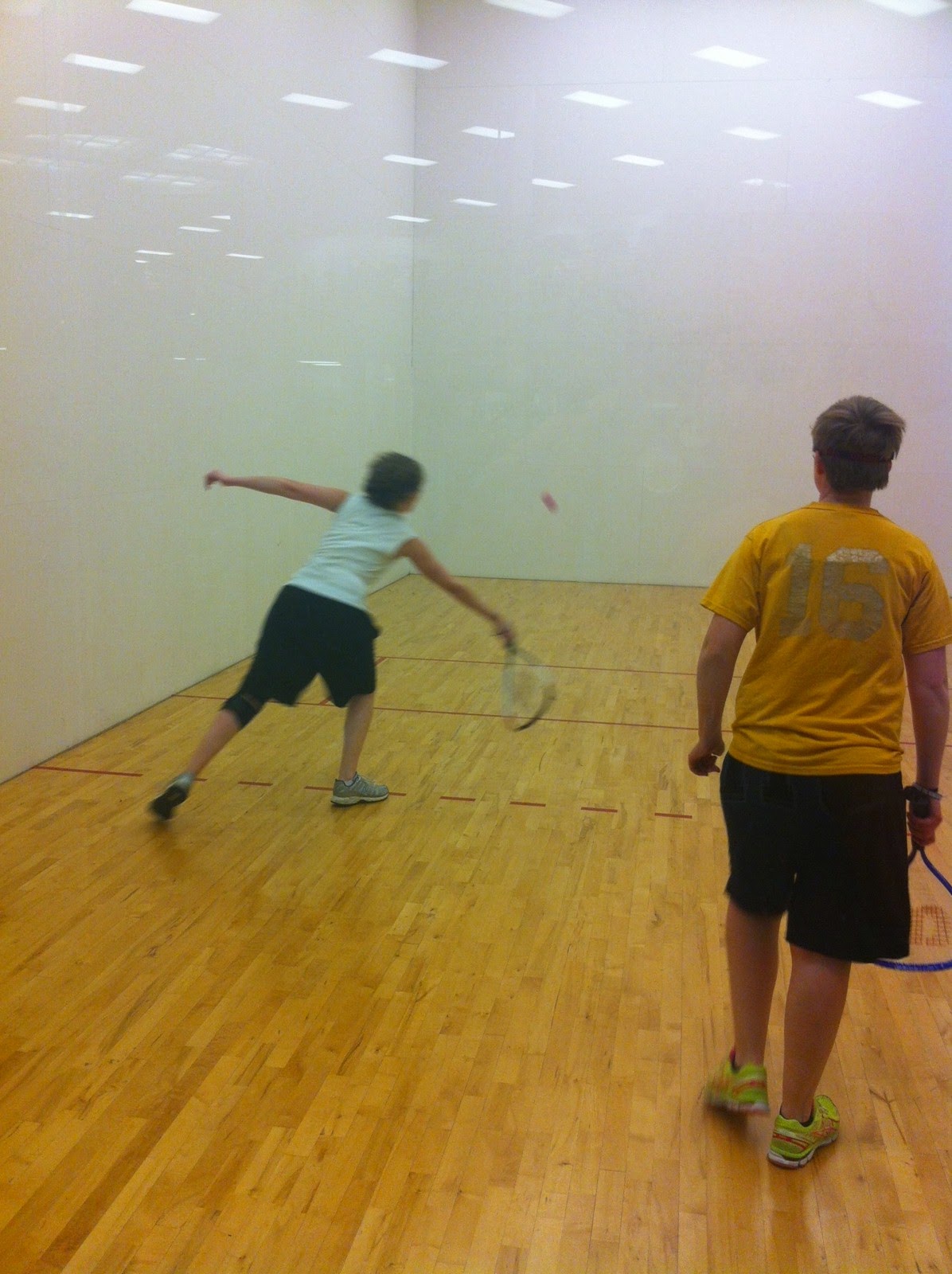 This was last year's Christmas present from Ashleyne that we finally went and did before her gym membership expired. While she and Liz were much more skilled at it than I was, I really enjoyed my first time and wish that I could play more often. I just need to find a way not to breathe so heavily so that my goggles aren't fogged up the whole time and I can actually see clearly!

#137 visit Meg at the Indianapolis Zoo 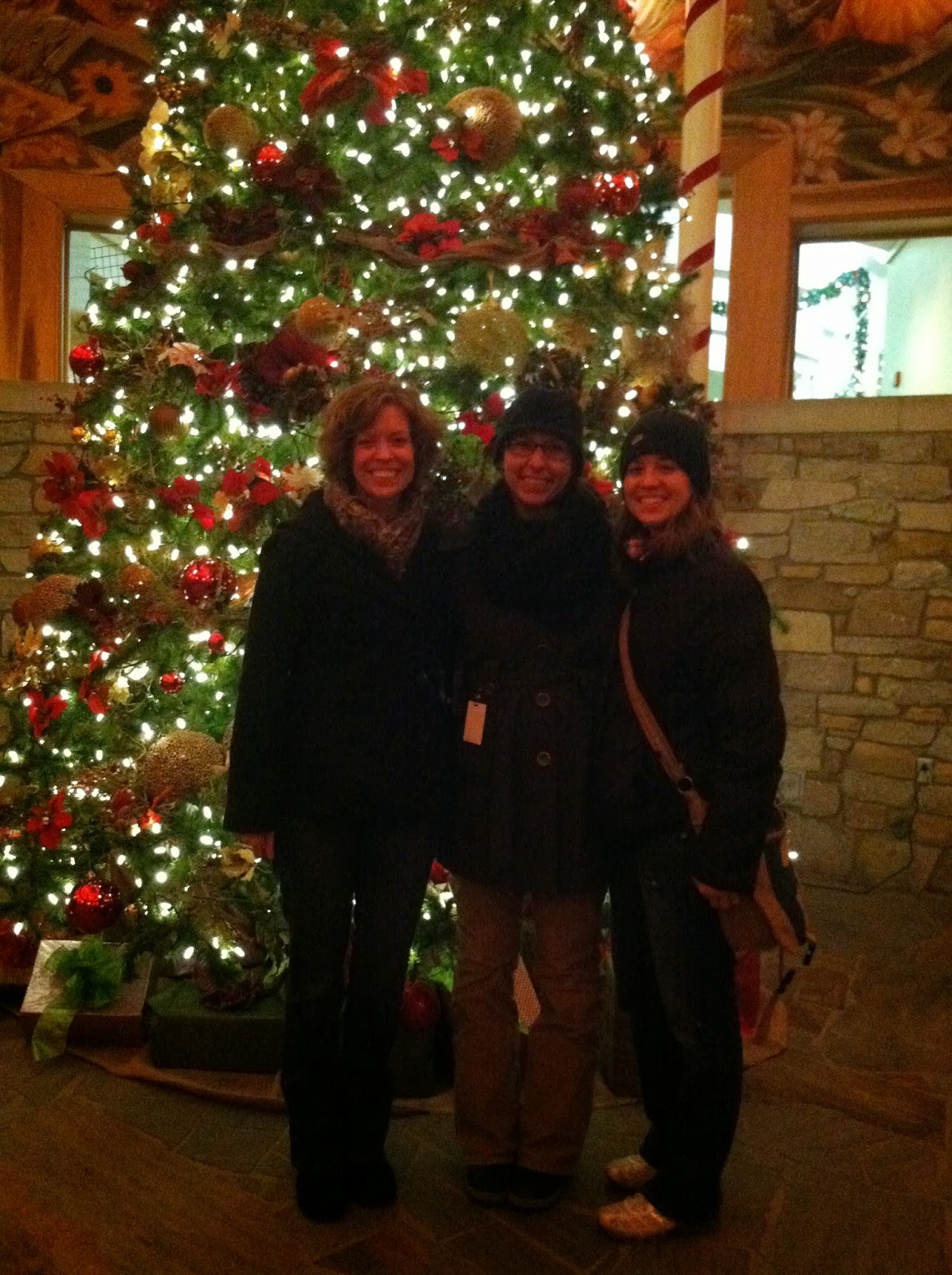 Meg is a dear friend that I have known for 15+ years from when we went on missions trips to Mexico together a couple of summers while we were in high school. She is the Special Events & Advertising Manager at the zoo and we met up with her during Christmas at the Zoo. There aren't as many animals out and about at night in the cold, but there are Christmas lights everywhere so it looks beautiful. Hols, Liz, Ashleyne, Sarah, and I also participated in a scavenger hunt (free pencils for completing it!), saw a reindeer, and ran into a bunch of people that we knew while we were there.

So as 2014 has drawn to a close, I've been able to look back and see how many great things I've gotten to do with so many wonderful friends. I'm looking forward to 2015 to see where my adventures will take me next. I hope some of you will be joining me!
Posted by hjwillman at 3:03 PM