Well overdue for an update (as usual) and nothing too exciting took place in the last 4 months, so I will make an effort to do some interesting things before the next update.

This is not my car.  But I didn't take a picture months ago when I did wash it, and if you saw it now you would think it's disgusting.  Which is exactly why I didn't want to buy a white car.  So my continued apologies to anyone who has to look at my filthy car.  You can be encouraged that soon I think it will be nasty enough that I will actually break down and go to a car wash.  Maybe. 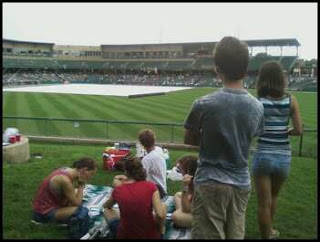 Last event with our previous youth pastor Josh, so it was no surprise that he ended on a non-boring note.  Headed downtown with a bunch of high school kids for the game and got there in time to see the last couple of outs in the top of the first inning.  And then it rained, and rained, and rained...you get the picture.  After hanging around for about an hour, we decided to head to the mall so the kids could actually enjoy themselves for a while.  When we finally wandered back over to Victory Field, the game was just starting back up after the 3+ hour rain delay.  Great seats for the rest of the game, and another great memory of the fun we have despite less than ideal circumstances. 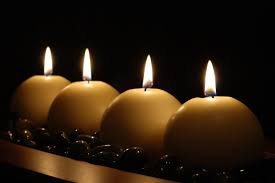 Sad that Hols and I weren't able to make it a spa day together and it took me 6 months to finally get around to using my Groupon, but it was fantastic. 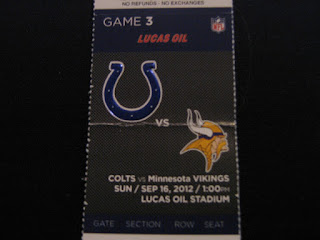 Managed to make it to 2 games (thanks, Mom!) with my dad.  While the first game was great because Indiana gold medal winners David Boudia & Tamika Catchings were there, it was even better getting to see Andrew Luck's historic first win in person.  Yeah, he's pretty good. 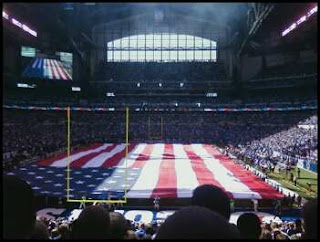 Game 2 was another one that was too close for comfort, but it's been exciting to watch them scrap out wins. And a nice job by the Indiana Wesleyan Chorale singing the national anthem. 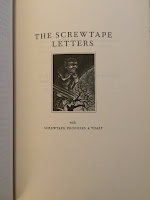 Definitely an entertaining read!  I loved how everything was told from a devil's perspective and spoke so much truth about how we're tempted and the lies we're made to believe.  A great quote from The Screwtape Proposes a Toast:

"The great sinners seem easier to catch.  But then they are incalculable.  After you have played them for seventy years, the Enemy may snatch them from your claws in the seventy-first.  They are capable, you see, of real repentance.  They are conscious of real guilt.  They are, if things take the wrong turn, as ready to defy the social pressures around them for the Enemy's sake as they were to defy them for ours.  It is in some ways more troublesome to track and swat an evasive wasp than to shoot, at close range, a wild elephant.  But the elephant is more troublesome if you miss."
Posted by hjwillman at 10:17 PM